December 08, 2007
THE family of a Malaysian-born man missing off Moreton Island yesterday spoke of their pride in their son's heroic final actions as hopes of finding him alive all but evaporated.

Zi-On Kerk, 25, was last seen assisting a young Korean woman in Honeymoon Bay on the northern tip of the island at 3.40pm on Wednesday.

Police described how he threw the woman on to rocks, possibly saving her life before he was swept away by a wave.

Brother Brian Zi-Lu Kerk, who flew to Brisbane from Melbourne to be with his grieving parents, said it did not surprise him to hear Zion had put someone else's well-being before his own.

"He was always helping people. He has such a kind nature. It's just like him to do something like this," said Mr Kerk fighting back tears.

Mother Chong Cho Tan who flew from Malaysia last night with Zion's father Kerk Choon Keng, said her eldest son was a sergeant in the boys' brigade who kept a "low profile".

"He was a loving son, a good brother. We're a very close family," Mrs Tan said.

She said Zion had studied commerce and accounting in Canberra before moving to Brisbane to undertake a master's degree in property valuation at the University of Queensland.

"We're hoping for the best but if God has taken him then we have to accept that," Mrs Tan said.

Mr Keng said the family had been briefed by the water police and understood the search would soon become a recovery operation for his body.

pearlie said…
I am praying ... for God's mercy to have him found alive and well ... for God's grace to accept it if he is not. His grace is sufficient.

I admire him for living to the word of our Lord. He is a friend of Jesus.

John 15:9-14
"As the Father has loved me, so have I loved you. Now remain in my love. 10 If you obey my commands, you will remain in my love, just as I have obeyed my Father's commands and remain in his love. 11 I have told you this so that my joy may be in you and that your joy may be complete. 12 My command is this: Love each other as I have loved you. 13 Greater love has no one than this, that he lay down his life for his friends. 14 You are my friends if you do what I command.
10:51 am

Anonymous said…
Zi-On is a man brought up in a godly family that has given and given, so it is not surprising that he naturally thought of others before himself.

We believe as pearlie does in that God's grace is sufficient & He show the Kerks and us his overwhelming love & unfailing strength.

Help me and the people who knew Zion to find comfort in you. We have found it difficult that we have lost someone so great a friend was he to us. PLease god show us your mearcy and blessings in this hour of need "


I know KErk Zion since i was very young we were from the same hometown a place called Teluk Intan. He is the man of utmost integrity, he showed leadership and passion that i have never seen. Zion was always a rolemodel i followed, he showed me what it was to be a leader, to be suceessful and to be a christian.

I will remember the days i had bible study in his house with his brother and the times we had during camps in the Boy's Brigade.
I will always remember him as an older brother and a man full of life. If it was not for him, i would have not been here today holding a degree and pursuing my master's. 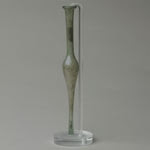 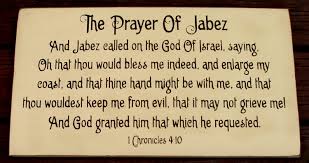